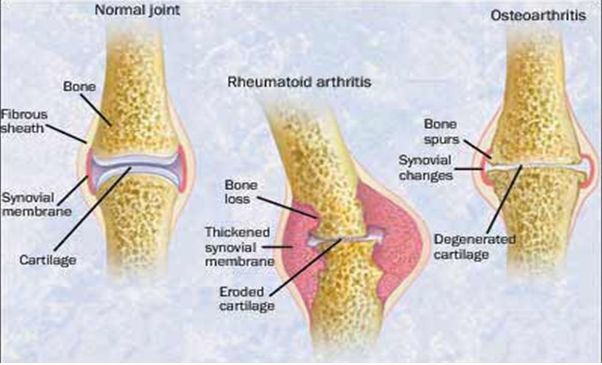 Most people assume “arthritis” means wear and tear on the joints (which many older people do have), however that’s termed osteoarthritis. Rheumatoid arthritis (RA) is an autoimmune disease that can cause joint pain and damage throughout your body. Sometimes the immune system becomes too active, and mistakenly attacks your body, and this is called ‘autoimmune’ disease. When you have RA, your immune system attacks the lining of your joints (the synovial lining).  This causes inflammation, which leads to symptoms such as pain and stiffness. RA is a systemic disease, meaning that it doesn’t just affect joints. RA can affect a person’s whole system, including organs such as the lungs, heart and eyes. While it is not considered heriditary it does appear to run in families and it affects more women than men. The joint damage that RA causes usually happens on both sides of your body. So if a joint is affected in one of your arms or legs, the same joint in the other arm or leg will probably be affected, too. This is one way that doctors distinguish RA from other forms of arthritis, such as osteoarthritis (OA).

The cause of RA is unknown, but certain risk factors have been identified. You may be at increased risk if:

Types of RA include:

Seropositive RA is the most common type of RA. This type of arthritis may run in families. Seropositive RA may come with more severe symptoms than seronegative RA and may include:

RA isn’t always confined to the joints and some people with seropositive RA can experience inflammation in the eyes, salivary glands, nerves, kidneys, lungs, heart, skin, and blood vessels. The symptoms and effects of RA may come and go. a person may occasionally experience a period of high disease activity called a flare, which can last for days or months.

There’s no cure for RA, but there are treatments that can help you to manage it. Treatments for RA help to manage the pain and control the inflammatory response which can in many cases result in remission. Decreasing the inflammation can also help to prevent further joint and organ damage.

Surgery for RA may never be needed, but for people with permanent damage that limits daily function, mobility and independence, it may be an important option. Joint replacement surgery can relieve pain and restore function in joints badly damaged by RA. Damaged parts of a joint are replaced with metal and plastic parts. Hip and knee replacements are most common. However, ankles, shoulders, wrists, elbows, and other joints are also considered. 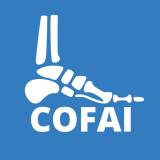